StandbySoldOut
Creation (Masterclass 1)
Fossickers
90 Mins mins
Led by esteemed producer and story development insider, Nicole Coventry, the first of our 2019 masterclasses CREATION will equip storytellers and filmmakers with a set of skills to develop projects...
$0.00 to $25.00
View
Trailer
Wishlist


Fossickers
General Admission
90 Mins
October
Sat Oct 5
2:00 PMStandby
Wishlist Calendar Twitter Facebook
Mark O'Toole is one of the country's foremost writer/producers, with over twenty years of outstanding contributions to Australian comedy. With an exceptional CV across film, television and online Marks credits include such titles as Take Away, Full Frontal, Comedy Inc, Spicks and Specks, You’re Skitting Me, John Safran’s Music Jamboree, John Safran vs God, The Eric Bana Show, Squinters and Black Comedy. According to him Mark is one of Australia's most influential and busiest comedy writers. Mark will be sharing tricks, tips and longwinded anecdotes from his career, offering insights into what comedy is, how it works, and the best ways to go about making it.
ABOUT MARK O'TOOLE (FACILITATOR)

Mark O'Toole is one of Australia's most experienced comedy writers, having contributed to sketch, sit-com, and light entertainment programs that have screened on all five free-to-air TV networks in Australia, as well as on PayTV. Mark started in comedy as a stand-up comedian and began his writing career on Full Frontal in 1994.

His writing credits include, Comedy Inc, Full Frontal, Totally Full Frontal ( Head Writer with Dave O'Neil) IMT, Sunday Roast, 10.30 slot, Shock Jock, The Eric Bana Show, Spicks and Specks, The Big Schmooze, plus he co-wrote John Safran's Music Jamboree ( for which he won a 2003 AWGIE award, and which won an AFI and an Australian Comedy Award ) and John Safran vs God ( winner of 2 AFI awards in 2005 including 'Best Comedy Series' ). Mark has also co-written two feature films with Dave O'Neil and he wrote, performed and hosted on 3RRR's The Breakfasters 1996-2001.
Want more?  A full day of of learning and exploring can be yours. Our Masterclass Pass gives you access to all three Masterclasses  - CREATION, COMMERCE & COMEDY on Saturday 5 Oct.
Bundle & save $$

UPGRADE TO A GOLD PASS for access to all events during the 4 day festival, including 30 + Short Film sessions, Feature Films, Masterclasses, Networking Event, In Conversation and more. BUY GOLD PASS 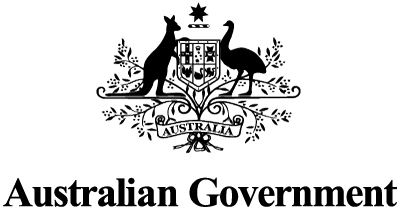