Heritage Theatre
General Admission
90 Mins
October
Fri Oct 4
7:30 PMSold Out
Wishlist Calendar Twitter Facebook
THE BARBER SHOP - SHANE McCABE | 3 MIN | IRELAND
Jake is an average 12 year old living in the small village in Dublin, Ireland, who for a long time been the brunt of the local barber’s jokes. The Barber invites Jake in on a daily basis to make fun of him in front of his customers, belittling him and using that to make himself feel good. But little does he know that Jake is not as dumb as he seems and is an all too willing participant in this charade as it is Jake who is the major beneficiary of the barber’s cruel intentions… Bottom line, Jake has the last laugh!

THE OCEAN - Sinéad McDevitt | 3 MIN| AUSTRALIA
The Ocean is an intimate same-sex love story that celebrates love's triumph over fear and shame through dance and light.

FATHER FATHER - MICHAEL McDOWELL | 19 MIN | IRELAND
Father James has a choice to make. He has to decide what kind of father God wants him to be.

THE ELVIS PARKING METHOD - ADAM O'KEEFEE | 10 MIN | IRELAND
An ex-couple meet for the final time to exchange the last of their possessions, but a series of awkward events leaves them with a choice to make.

GHOST GAFF - CONOR McMAHON| 7 MIN | IRELAND
The ghostly occupants of an old house are forced to make serious adjustments when a couple of modern-age slackers move in as tenants.  The spectral parents can only look on as their spirit daughters join in the fun.

SEANIE & FLO - IMOGEN MURPHY | 13 MIN | IRELAND
Seanie & Flo is a short comedy about learning when to break the rules. 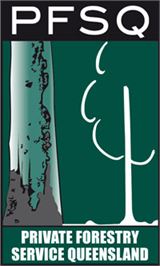